With it being a little over halfway through the year I felt like this would be the perfect time to recap my favourite reads from each month so far for 2020. A best of the best if you will.

Full disclosure I’ve linked these titles through to Indigo Chapters as I’m an affiliate. Your purchase will benefit me but not affect anything on your end.

January: The Wife and the Widow

I don’t know if it’s because I hadn’t read a thriller in awhile or because this one had a twist like I’d never seen before, but WOW!

There was a point in the book where I actually ended up flipping back because I thought I missed something. I didn’t, and my confusion was soon-after cleared up. But man I did NOT see that coming.

February: The Stranger Beside Me: Ted Bundy: The Shocking Inside Story

Going into this one I had an idea of what to expect. The documentary on Netflix and a few other pieces on Bundy prepared me for the type of person I was going to be reading about. What I didn’t expect was how well Ann Rule’s detailed account rounded out the full picture. Not only do you get her direct communication and experience with Ted Bundy in this novel but you’re also privy to information she has as a writer with connections to the police force and her associations with the women in Ted’s life.

If you don’t know anything about Ted Bundy this novel gives you the details from beginning to end. So really, I’d recommend it, regardless of what you know of Bundy, if you’re intrigued by true crime and the serial killer mind. If you choose to pick this one up I recommend getting the most recently published edition as Rule has updated the book several times over the years with more information.

Historical fiction is one of my favourite genres and this novel did not disappoint.

I found myself instantly drawn into the story. There’s a bit of time hopping and what I love about it is that you get a well-rounded view of the family being written about. What happened in their past certainly shaped who they were in the future. You can’t help but feel for each of them.

I’d recommend this to fans of Pachinko, Molokai, Homegoing and The Hundred Secret Senses.

Queenie was a book that sat on my shelf for longer than it should have. When I decided to pick it up a few days ago I was in such a reading slump. Nothing was holding my attention and then … I dropped it all for her.

100% worth it. Queenie follows a young woman going through some shit. She’s not really registering why she’s being self-destructive. She’s pushing people and responsibilities away and trying so hard to just be. I felt for her. She’s one of those characters that has you practically yelling at the book because
you want so badly to fix things for her.

Things I loved: her determination, her supportive friends, her grandpa. Things I didn’t expect: there’s a lot of sex. Which is totally fine. Just don’t go into this not expecting it to come up every other chapter lol. Definitely recommend and honestly, mental health awareness month was the perfect time to read this book.

May: The Girl with the Louding Voice

I cannot say enough good things about this one. Immediately I felt for the main character Adunni. She has the biggest heart and perseveres regardless of what is thrown at her. I bet you’ll love her too.

The one thing you’ll hear about this is the narrative is tricky to get into in the beginning. I’ll admit that it will require you to slow down a bit, but what I found as the story went on was it was just another layer wrapping you in. As events occur and time progresses the narrative subtly shifts. You’re not going to notice it right away. But when you’re done take a look at the beginning vs the end and you’ll see what I mean. I found that very, very clever!.

Fans of Adichie, Gowda and Rum will not be disappointed. But honestly I think everyone should read this!

June: The Vanishing Half

What a novel this was. I actually haven’t read her previous one but it’s on my list and certainly has been bumped up.

In The Vanishing Half we follow the lives of Black twin sisters – one who is secretly living as a white woman, hiding from her past and the other who has returned to the hometown she tried to escape from with her sister years ago.

There are several timelines running through this novel and they are woven together beautifully as the story begins to reveal exactly what happened in this family and how they band, bend and break together. It begs the question; can and should you escape your past?

I finished this one just over a week ago and I LOVED it. It has multiple story lines that intertwine in fascinating ways, strong female characters (based on real people!), love, loss and strength.

Fair warning, there are parts that are hard to read. That’s the thing about history, it’s not always pretty. But it’s important to read and acknowledge. Set during WWII we follow the lives of 3 very different women experiencing the war from all angles. This isn’t a happy story as the cover may lead you to believe, but it’s one of incredible endurance. Oh and definitely read all the extra content in the back of the book when you’re done – it’s fascinating.

So if this sounds like something for you I encourage you to pick it up! Fans of The Nightingale and Alice Network will definitely be into this.

What about you? Did we read and love any of the same novels so far? Or would there be others I should add to my list to read?

This site uses Akismet to reduce spam. Learn how your comment data is processed. 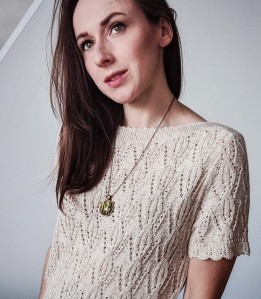